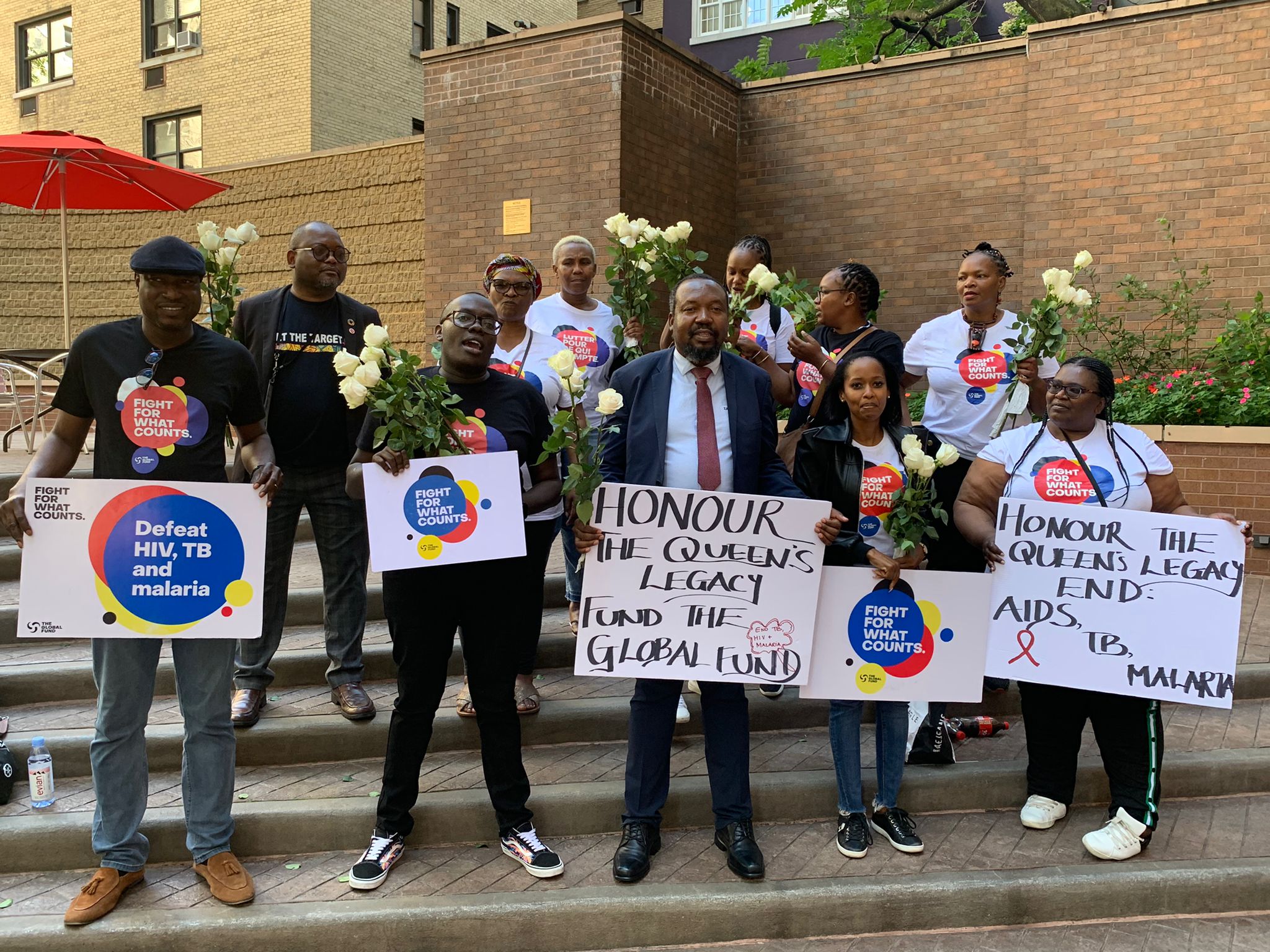 Malawi was selected to champion the 7th Global Replenishment process among other African countries after successfully implemented the Global funds grants in the last 20 years amounting to over US $1,2 Billion which have saved many lives .It was encouraging that Malawi President  HE Dr Lazalus Chakwera championed the 7th Global Replenishment process with support from  Office of President, Ministers of Health, Finance and Foreign Affairs including other stakeholders i.e. Civil Society, Youth, Private Sector, Parliament, Media and the CCM. It was pleasing that Malawi President HE Dr Lazalus Chakwera participated and pledged to contribute US $1 Million to the Global Fund at the 7th Global Fund Replenishment Conference at the sidelines of the 77th United Nations General Assembly 2022 which was chaired by President HE Joe Biden of United States of America. Above all Malawi continue to lobby other countries to make pledges as it has done at different forums such as  World Economic Forum, WHA, AU, SADC and others as Global fund needs US $18 Billion in the 7th  Replenishment currently it is at US $ 14.25 Billion.

Since the inception of Global Fund investment in Malawi in 2003, ten grants amounting to more than US$2 billion have been signed and funds disbursed for TB, HIV/AIDS, malaria and Health Systems Strengthening interventions. Global Fund investments in Malawi to date have contributed to significant results across all three diseases, including recently COVID-19 prevention and treatment. 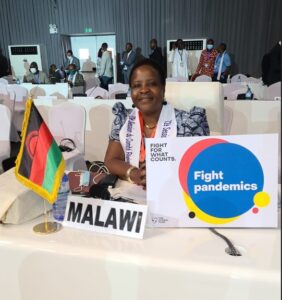 For HIV and AIDS, over 870,000 people living with HIV are on Antiretroviral Therapy (ART). The management of HIV also requires other medicines such as for Sexually Transmitted Infections (STIs) and Opportunistic Infections which have been made available through the Global Fund. Malawi has been able to achieve the UNAIDS 90:90:90 targets after testing 96% of people who are suspected to be HIV positive, sustain 92% of people who are tested HIV positive on ART and achieve 94% viral suppression for the people who are on ART. The Resources have also been invested in procuring laboratory reagents and other medical supplies, medical and non-medical equipment, supporting infrastructure such as the construction of laboratories, solar lighting of health facilities, medicines storage facilities, strengthening capacity of training institutions and trainings; and the recruitment of health workers and also recently support towards COVID-19 testing and equipment.

A big proportion of Global Fund resources have also been invested towards HIV prevention among segments of our population that are at high risk such as Adolescent Girls And Young Women (AGYW) and their sexual partners; and Key Populations (KPs). The investments are strengthening multisectorial co-ordination, referrals and linkages mechanism to differentiated Social and Behavioral Change Communication; HIV and AIDS; and Sexual and Reproductive Health Rights services; leveraging on PEPFAR and other stakeholders’ investments in these areas.

For the TB epidemic, through the generous support from Global Fund and strong community and Civil Society engagement and participation, Malawi has notified and treated over 100,000 TB cases including 610 Multi-Drug Resistance TB cases and 9,100 children between 2015 to 2020. The country achieved the highest Treatment Success Rate of 88% for Drug Susceptible TB patients and 73% for Multi-Drug Resistance TB in 2020, which is a significant achievement when compared to 2015 achievements.

The role of active engagement of community and civil society in TB care and prevention has been vital for the improved Treatment Success Rates. The TB-related Mortality and Morbidity have reduced by 46% and 26% in 2020 respectively compared to the 2015 baseline, surpassing the Global End TB milestones for 2020. 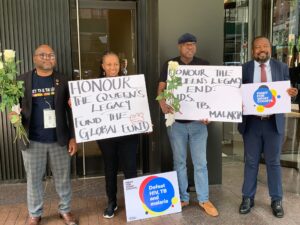 There has been immense rapid expansion of access to TB diagnostic and treatment services in the country over the past five years through the support of the Global Fund and other partners. For example, since 2015 the TB registration sites have increased by 38% (from 302 to 417), Microscopy site by 57% (from 249 to 392), TB Molecular diagnostic test by 70% (from 42 to 108). There has also been high achievement in TB and HIV collaborative indicators such as reduced Co-infection rate by 20% (from 64% in 2015 to 44% in 2020), we have also achieved and maintained over 99% HIV testing rate among TB patients and ART uptake among HIV positive TB patients.

Besides the direct injection of the Global Fund into Malawi, the country has also benefitted significantly through the Southern African Development Community (SADC) Global Fund regional projects between 2012 and 2017. Specifically, through the HIV and AIDS Cross-border Initiative whose goal was to reduce HIV infections in the SADC region and to mitigate the impacts of HIV and AIDS on mobile populations and affected communities across the SADC Member States. The initiative focused on long-distance truck drivers and commercial sex workers, as well as communities that live close to cross border sites. Through the project, the SADC region established wellness clinics at 32 cross border sites. Under this initiative, Malawi established three wellness centres at the Mwami-Mchinji border between Malawi and Zambia, Songwe border (in Karonga) between Malawi and Tanzania, Mwanza (in Mwanza) crossing point that shares a border with Mozambique.

The project contributed to increased awareness, access and uptake of HIV prevention services, HIV testing services, referral for care and treatment, Sexually Transmitted Infection screening and management and out-patient services for the migrant population.  After the SADC project came to an end, respective DHOs took over the centres as their health posts and all the wellness clinics in Malawi are still operational and some have integrated COVID-19 testing services for the migrant population (the case of Mwanza Wellness Centre).