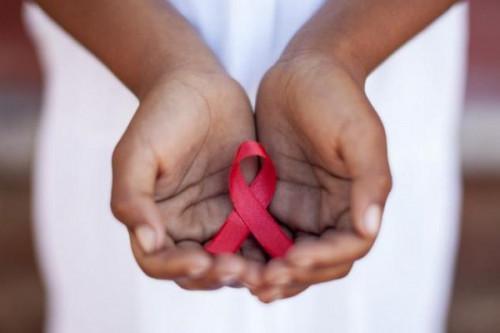 A new HIV variant, more virulent and contagious, has emerged. This variant, known as VB, causes an early onset of opportunistic diseases, however It could not spread owing to the effectiveness of prevention and ARV treatment programs implemented in the Netherlands where it is circulating.

A new variant of the human immunodeficiency virus (HIV) that causes AIDS has been identified in the Netherlands. The information was made public on February 4 by the University of Oxford in the United Kingdom. In a  press release published on this issue, the institution indicates that this variant is more virulent and more contagious than the one responsible for the pandemic that has been raging for several decades and which is why it is called VB for “virulent subtype B”.

The press release states that people with the VB variant have a viral load (the amount of virus in the blood) that is 3.5 to 5.5 times higher than in patients with the previously known virus type. In addition to that, the CD4 cells (the body’s main immune system) decline twice as fast as normal in people with this variant, putting them at risk of developing AIDS much faster.  Lastly, patients with the VB variant are more likely to transmit the virus to other people.

The new variant was discovered by an international team of scientists led by researchers from the Big Data Institute at the University of Oxford in England. They published the article of their findings at the beginning of February 2022 in the scientific journal Science.

On the circumstances under which this new HIV variant was discovered, Christophe Fraser, one of the leaders of the research team, says it was part of the BEEHIVE Project, a study conducted in several European countries and in Uganda to attempt to understand the viral genetic factors that might influence the viral load of patients with HIV/AIDS.

Chris Wymant, another leader of the research team, explains : “technically, we conducted a ‘principal component analysis’. 15 of the 17 individuals we identified were from the Netherlands. To verify that this finding was not just a statistical fluke, we worked with colleagues at Stichting HIV Monitoring to get a larger amount of data from the Netherlands, and we found another 92 individuals with this variant.

“Researchers believe that the VB variant first appeared in the late 1980s and 1990s in the Netherlands. It spread faster than other HIV variants during the 2000s, but has declined since 2010” stated the press release.

To explain why it is only now that this variant is identified, Christophe Fraser says, ” The study of the genome of viruses such as HIV requires state-of-the-art tools. The genome is tiny (one-third the size of SARS-COV-2), yet it varies greatly. We needed to develop new methods for this study, which is the first to really systematically look for variation between strains of the virus. There may be  more or less virulent variants that exist but have not yet been documented.”

As for why VB has not spread much despite its infectious potential, Wymant believes it is because the testing and treatment programs implemented in the Netherlands have worked well. In fact, researchers have found that Antiretroviral treatments are very effective against the VB variant of HIV.

As a result, actors involved in the fight against this disease are quite serene. Virologist Lycias Zembe, a UNAIDS technical officer, says there is no reason to panic adding that mutatitons are common in viruses.

Nevertheless, she points out that “early identification of people at risk of HIV infection and early initiation of treatment are vital because treatment works well even against this variant. It is equally important to ensure that people on treatment maintain viral suppression by reinforcing and sustaining adherence to treatment regimens.”

For Lycias Zembe, the discovery of this variant further underscores the need for pandemic preparedness and surveillance to detect, characterize and rapidly respond to new versions of pathogens.

Ahidjo Ayouba, a researcher at the TransVIHMI unit of the Institut de recherche pour le développement (IRD), in his analysis, pointed out that the new variant was identified in samples collected before 2015 and that all the patients identified are currently on ARV treatment with undetectable plasma viral loads.

“The risk of dissemination of this variant is therefore minimal. However, this work also shows the interest of virological surveillance and the importance of ARV treatment at both the individual and collective levels,” he added.

Ahidjo Ayouba also points out that “this work shows that HIV in general and HIV-1 (HIV-1 is the type 1 of HIV (general term), which is responsible for the  HIV/AIDS pandemic in particular still has some mysteries.

“Efforts need to be massively scaled up in these areas, as well as Investment in resarci and development to find a vaccine and a cure, So as to censure that we can get on track to end the AIDS pandemic by 2030 as called for in the Sustainable Development Goals (SDGs),” she argued.

According to UNAIDS, out of the 38 million people living with HIV/AIDS worldwide,10 million are not yet on antiretroviral drugs.