What is the Global Fund  7th replenishment investment case all about? 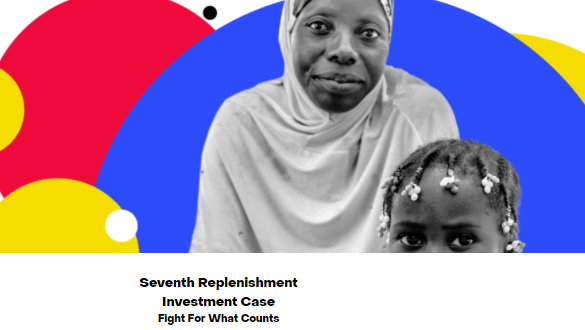 The Global Fund 7th replenishment investment case was unveiled during the Global Fund preparatory meeting, that was hosted virtually by a coalition of five countries namely; the Democratic Republic of the Congo, Kenya, Rwanda, Senegal and South Africa on February 23, 2022.

The Global Fund’s target for the Seventh Replenishment aims at raising at least US$18 billion to fight HIV, TB and Malaria and, build stronger systems for health. It is estimated that one-third of the US$18 billion translating to US$6 billion will be investments both in health systems that support the ongoing fight against HIV, TB and Malaria, and reinforce pandemic preparedness.

Global Fund actually argues that underinvestment in pandemic preparedness is a ‘’false economy’’. As demonstrated by the devastating impact of COVID-19, pandemic threats can kill millions in addition to costing multiple trillions.

In line with the Global Plans, the US$18 billion targets for the 7th replenishment correspond to an increase of 29 % from the sixth replenishment target, which is the minimum required amount to get the world back on track toward ending HIV, TB and Malaria, and further make the world more equitable and safer from future threats.

Despite the Global health community  efforts, COVID-19 has resulted in the most significant setbacks in the fight against HIV, TB and Malaria. These have been witnessed in the two decades since the Global Fund was established. Increasing funding is hence not an option but, a sine qua non condition to meet the SDG target of defeating these pandemics by 2030 and to save millions of lives.

The investment case shows that with a Seventh Replenishment of at least US$18 billion, the Global Fund alongside sustained levels of other external funding and scaled-up domestic financing would help the world get back on track to end AIDS, TB and Malaria and would contribute to achieving the following results.

The Global Fund partnership is uniquely positioned to support countries to fight HIV, TB and Malaria. With 20 years’ experience in bringing diverse partners together to fight the deadly pandemics, and in addition to its partnership, it’s best suited to support countries to fight HIV, and strengthen their health systems to prepare for future pandemics. The Global Fund’s Seventh Replenishment is therefore the world’s opportunity to rise to the challenge and take bold action.

Leading up to the 7th replenishment conference which will be held in the United States in the second half of 2022, along with the aforementioned investment case, the Global Fund has launched a campaign which aims to mobilize key actors likely to influence the resource mobilization initiative on   the 7th replenishment. In ESA/WCA constituencies, similar to the former 6th replenishment, regional and in country advocacy initiatives have been spearheaded by CSOs coordinated by GFAN Africa.

In-country activities aimed at reaching out major stakeholders were carried out in the following countries namely; Senegal, Kenya, Rwanda, and South Africa. Specific endeavors include disseminating the civil society 7th replenishment roadmap to Global Fund Principal Recipients (PRs), to Country Coordinating Mechanisms (CCMs), and Embassies. This also includes writing letters appreciating Governments commitments toward previous replenishment pledges with a call to honor their pledges. Other initiatives evolve around in person engagements about Domestic Resource Mobilization for health particularly with parliamentarians and private sector. With a compelling 7th replenishment investment case, the advocacy initiatives in the ESA/WCA constituencies will be ongoing. The ACB in collaboration with Global Fund and likeminded organizations such as GFAN will ensure that the 7th replenishment resource mobilization momentum targeting implementer governments be intensified until the desired goal is attained.