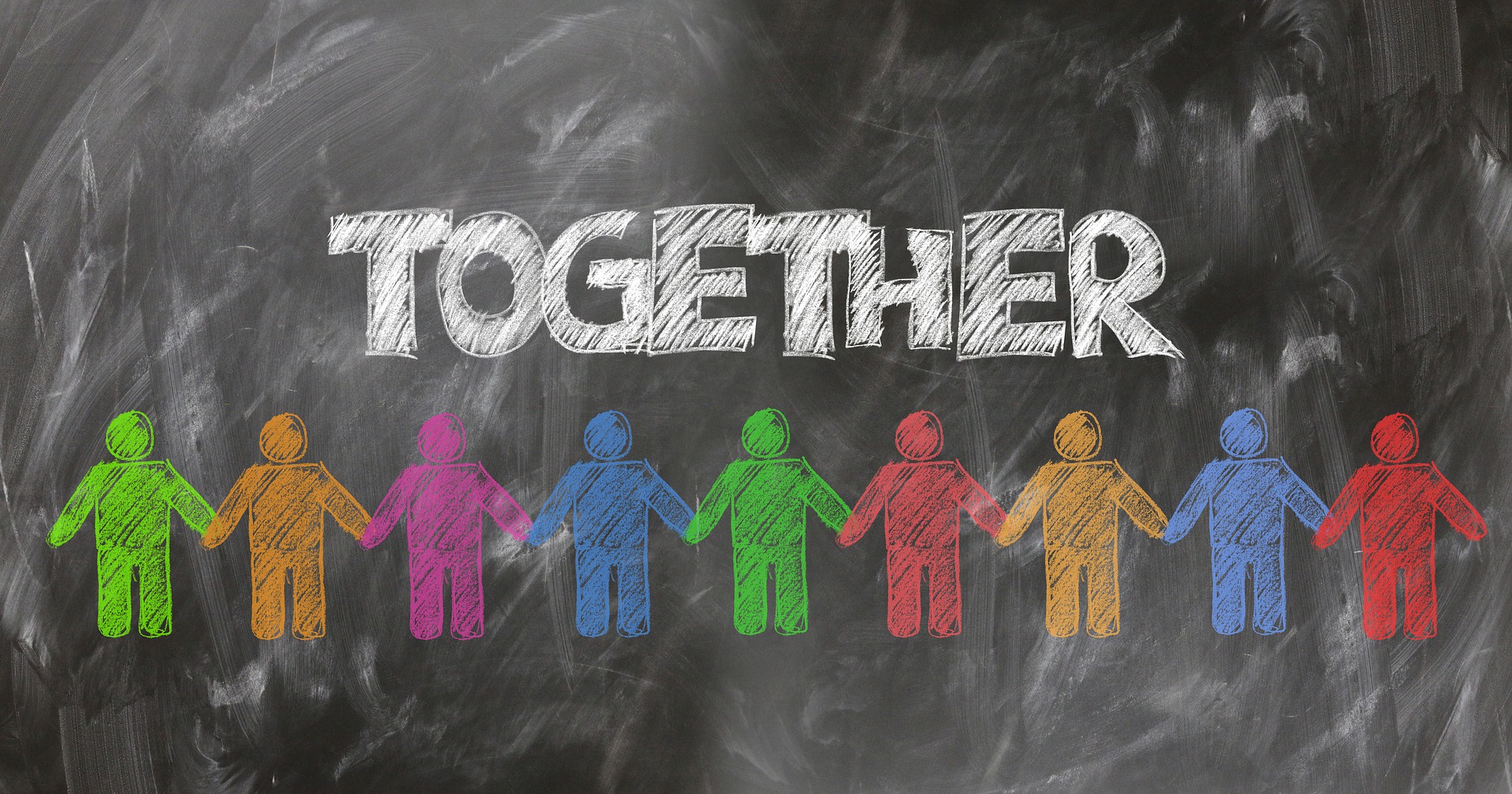 In the 1990s, the disclosure of an HIV positive status was very often followed by a break in social and family bonds. The dreadful images surrounding the virus led to stigma, marginalization and discrimination of people living with HIV. While these people have gained greater acceptance in recent years, certain stigmatizing and discriminatory representations, perceptions and practices persist. For many, being HIV positive still means experiencing prejudice, gossip, verbal aggression (insults, use of unkind words) and physical assaults, avoidance behaviors (refusal to share food, hold hands, or sit nearby), social rejection (marginalization, keeping away from social events, opinions ignored, loss of respect and social standing), desubjectification, disconnection, disruption, harsh hygienist and moral condemnation, and physical abuse. In addition to this stigma from others, PLHIVs often fall prey to “self-stigma” which is characterized by deep feelings of shame, low self-esteem, guilt, etc. within themselves, sometimes leading to depression and suicide.

The foregoing picture is particularly prevalent in Africa, where overly comfortable prejudices continue to plague the lives of thousands of PLHIVs.

Discrimination and stigma against PLHIVs persist.

In the Central African Republic, the story is the same. 45.6% of respondents in 2018 “indicate that they have experienced at least one form of stigmatization by other people due to their HIV status. […] The forms of stigma most decried by respondents are, in order of priority, gossip (49.5%), verbal abuse or threats (34.3%), physical harassment (17.2%) and, to a lesser extent, physical assault (13%). These four forms of stigma are most often exercised by people that are close to the PLHIV and family members […]. These results reveal a gradual deterioration of traditional social and family solidarity bonds among community members .

Today, it is not so much the disease itself (which is increasingly well managed thanks to research and accessibility co mbined with the effectiveness of antiretroviral drugs) but rather the bond crisis that leads to death. In fact, the “evidence” of the human bond is challenged in various places by the representations surrounding HIV. The traditional and collective “frameworks” that generate bonds, i.e. those that keep humans together despite illnesses, are weakened by the gruesome imagination that surrounds HIV. This array of deadly social representations and stigmatizing experiences certainly leave a damaging impact on the lives, health and well-being of people living with HIV (PLHIVs). Worse still, they significantly hinder HIV response at every stage: prevention, early HIV testing, adherence to treatment, retention in care, etc. In other words, the atmosphere and toxicity of the family and social environment are sometimes more worrying than the chronic nature of the disease itself. A close analysis of the situation reveals that this is one of the major challenges in the fight against HIV in Africa: the death of a PLHIV is often preceded by a significant deterioration of family and social bonds. From this finding, we can only conclude that HIV infection in Africa is far from being a challenge for the medical world alone.

The focus of our reflection will be to demonstrate this assumption. In concrete terms, we will show that the fight against HIV/AIDS cannot be restricted to the bio-medical dimension alone. The “clinic” of accompaniment and recovery of sick people or PLHIVs requires bonds of attention, care, concern, support or respect at the very least. Preserving bonds with PLHIVs contributes to preserving their health or treating the patient. This is the concept of an ethics of virtues whereby the bond, as a component of care, contributes to shifting the relationship with the HIV status from the side of death to that of life.

Restoring an individual who is mentally affected by the discovery of his or her HIV-positive status requires bonding, that is, a relationship of phoric attention. Attention engages us with those who are downcast, fragile, disabled, marginalized or excluded. It is a crutch that supports the convalescent person while offering him or her the possibility of gradually regaining mobility, independence, self-esteem, well-being or taste for life.

The link, as we said earlier, has a phoric dimension. The term “phoric” comes from the ancient Greek phorein, which means “to carry”. It both refers to the idea of carrying an object and to that of carrying a newborn baby or a sick person who cannot move from one place to another by themselves. In other words, the  phoric function  according to Pierre Delion’s beautiful definition, is “a kind of philosophy of care that consists in welcoming the other and carrying him or her for as long as is necessary, until he or she can carry himself or herself, physically and psychically”. This is true for many PLHIVs, who often need psychological support in the process of accepting their new HIV status. The phoric function thus entails thinking about care in connection with social bonds. Contrary to the disconnection and exclusion that HIV still causes in many African contexts, the ethos of bonding invites us to strengthen phoric attention to PLHIVs. In fact, the terms “collective carriage” and “empowering bond” could be used alternately. The first expression refers to our capacity to “carry” ourselves together, while the second refers to those phoric attentions that give the person living with HIV the physical and psychic means to overcome his or her condition. Just as the banana tree can only resist bad weather by being close to other banana trees, social bonds generate healing and life. In short, as you have certainly understood, fighting HIV is not merely a matter of combating a virus that threatens to irreversibly weaken an organic system; it is also, at the same time, fighting against the virus of prejudice, stigma, rejection, etc. Living a healthy life with HIV in Africa largely depends on the support and respect of those around you, and on the quality of family, friendship and professional bonds. Bonding is vital for the mental and physical health of PLHIVs. For people living with HIV, bonding helps to enhance the caregiving function and the healing process. It is important to note that when we talk of bonding, it does not in any way mean commiseration or pity, but respect and consideration for people whose illness or HIV positive status does not lessen their intrinsic dignity. “I have learned that a human being may look down on another only to help him/her stand up,” said Gabriel Garcia Marquez. In fact, bonding, insofar as it cannot be dissociated from a well understood existence is not only part of care, but also of our humanism. Preserving bonds with vulnerable people is part of our humanism. Bonding is a form of humanism. It is a generic attitude, a powerful lever that includes everything we do socially to deconstruct the morbid, gloomy and death-related image that HIV is readily associated with. Religious precepts and ancestral wisdoms which teach us that there is no self-fulfillment if we are indifferent to others will not tell us otherwise.

The Specific Case of Key Populations

Key populations, including gay men and men who have sex with men, transgender people, and sex workers, experience intersectional or cross-stigma because of their gender identity or sexual orientation. In other words, ‘stigmatized social identities overlap, resulting in multiple and converging forms of stigma.’ ». In addition to being marginalized and even assaulted because of their sexual orientation or activities, these people very often experience stigmatization and rejection because of their HIV-positive status. The available statistics, which are probably underestimated, are alarming.  ‘A study conducted  in South Africa and Zambia found that the majority of health professionals surveyed had negative attitudes towards key populations. Studies in Malawi, Botswana, and Namibia found that “men who have sex with men were twice as likely to be afraid to seek care and more than six times as likely to be denied services compared to heterosexuals’.

Key populations are thus experiencing a double whammy with extremely detrimental consequences for their health and well-being. As a factor of social co-morbidity, this double whammy triggers or accelerates the decay of their immune systems. It affects their physical bodies and ends up damaging them irreversibly. It is the tragic combination of a lacerated social life and an exhausted physical body. To address this situation, the Global Fund to Fight AIDS, TB, and Malaria intends to further support and “promote the role of community-based organizations (including women’s and LGBTQI organizations) in designing and implementing programs to challenge harmful gender norms, biases, and stereotypes, and to support the integration of gender-sensitive national action plans into multisectoral strategies for health and for the fight against the three diseases ». Let’s stress this: bonding builds life.  ‘Lack of support from family and community members can hinder treatment adherence and interfere with HIV management’ .  Where pathology, health insecurity, stigma and social discrimination withers life, bonding offers support and freshness. When the bond is maintained with a person who is ill, convalescent or has HIV, their fragile condition is improved and their chances of recovering and living increase inexorably. Preserving bonds allows a PLHIV to face the end of life with dignity.

Let us also note in conclusion that human bonds are two-sided: individual and collective. There is an instituted dimension and an informal dimension (social, family, professional, friendship). It is its informal aspect that primarily attracted our attention here. In stressing this aspect, the idea was to show that the fight against AIDS does not belong only to health professionals. It is a shared caregiving function that goes far beyond the hospital aspect. The healing or well-being of PLHIVs requires much more than just the drug or bio-medical component. It involves the esse ad dimension, that is, being with. Clearly, at the heart of the HIV/AIDS pandemic, life is built on bonds as a component of care. The Ethos of bonding generates, shelters and disseminates a potential for care. It implies a relationship of phoric attention with people who are fragile in their bodies and minds, and therefore temporarily or permanently limited in their capacity to be “normal” or “autonomous” within a community. In other words, it institutes a fruitful, humanizing, holistic, life-giving relationship between bonds, care and life. There is no doubt that the structuring or strengthening of a therapeutic alliance between the biomedical dimension and the social aspect of care would certainly and effectively contribute to the eradication of HIV/AIDS.