Cape Verde: Rising to the Challenge of Malaria Eradication by 2030 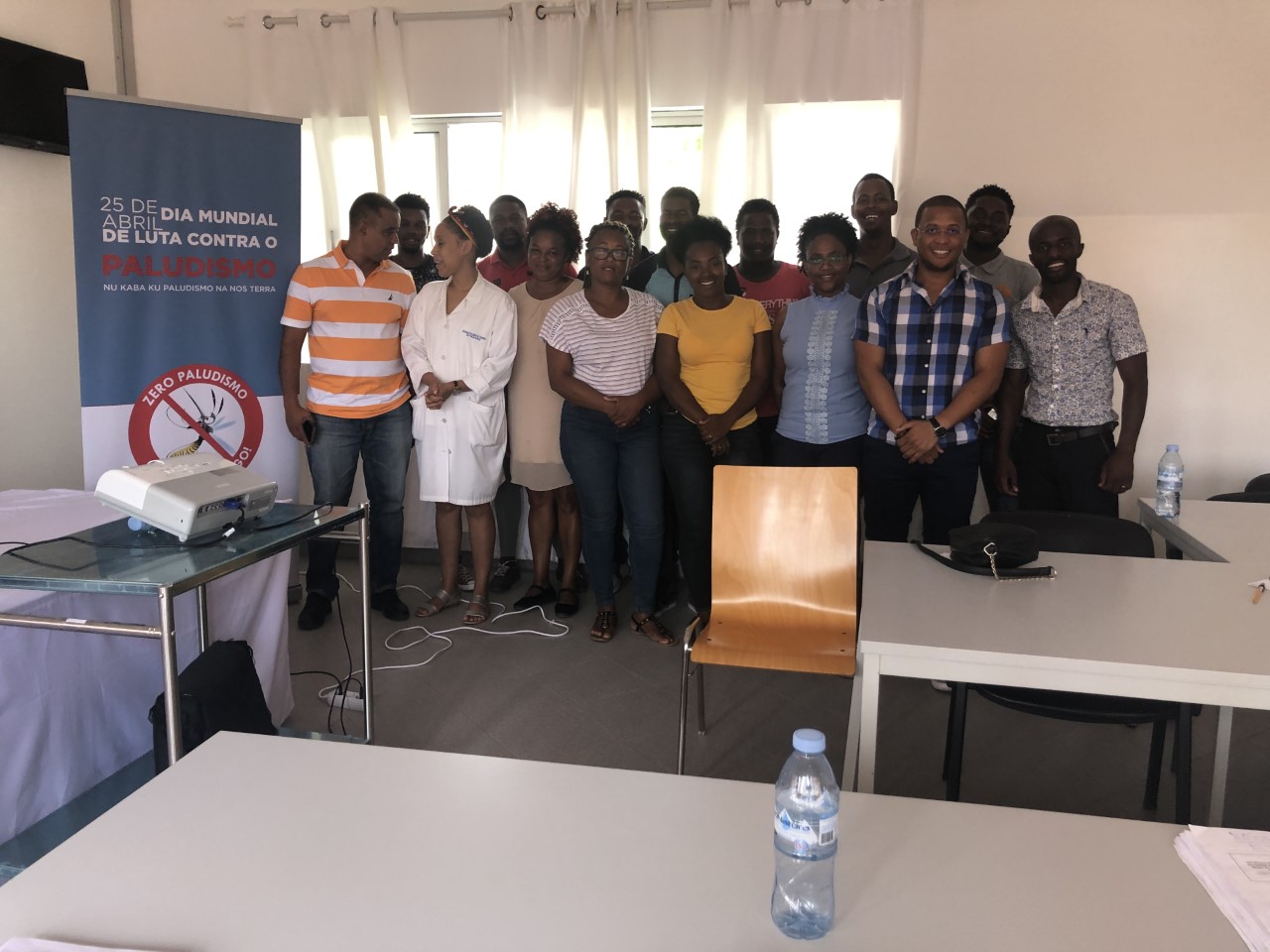 Located in West Africa, Cabo Verde is an archipelago consisting of multiple islets and ten islands, out of which nine are inhabited. Malaria[1] has been endemic in Cabo Verde since the settlement of the islands during the sixteenth century. However, it is poised to achieve malaria elimination in the 2020 horizon. Historically, malaria transmission was low, with sporadic epidemics linked to unseasonably high rainfall. Malaria transmission has been interrupted twice[2] in the country’s history but this was not sustainable, most likely due to a high degree of population movement between the islands and endemic countries.

Malaria elimination in Cape Verde implies efforts and responses to several challenges. The history of the disease in the country confirms that it had been eliminated twice in the past, but   these gains were not sustained. The epidemiological data confirm the constant current presence of malaria cases, the report further demonstrates that the number of infections transmitted from other regions outside the Island are higher than the ones acquired locally within the Island.

In the last decade, 2010 – 2020, a total of 841 cases were reported. The last local 423 cases were registered during the 2017 epidemic. Since January 2018, the country has stopped recording local cases. Thus completing a three-year period without local cases, the country is currently working with World Health Organization (WHO) on the Elimination certification process.

On one hand, recording local cases requires efforts in interventions and responses, keeping zero local cases. On the other hand, greater efforts are required in research, diagnosis, treatment and follow-up of cases. The biggest challenges in managing cases of malaria in Cabo Verde[3] are related to the country’s geographical location. The fact that it is archipelagic, and with frequent links to endemic, African, Asian and American countries, e.g. Brazil, increases the chances of malaria Endemics in the Country.

The presence of the vector mosquito, Anopheles arabiensis, on several islands of Cabo Verde with transmission capacity and favourable environmental and climatic conditions and other equally important factors, favours the proliferation of mosquitoes. Additionally  the weak case surveillance capacity, based on case response, means that imported cases are only followed after confirmation by a health structure, which may be in the basis of local cases registered, after  long periods  without cases.

Despite the challenges pointed out, the country[4] has an excellent health response chain, with efficient support structures in all 22 municipalities in the country’s, central and regional hospitals and health centres. Trained technicians capable of providing the required diagnostic services, effective Malaria treatment and relevant care including a robust case follow-up manage all these care facilities.

What Can We Learn From Cape Verde?

In Cabo Verde, malaria is a notifiable disease that is part of the Integrated Disease Surveillance, Response and Response System (SVIRE). At the central level, both the Epidemiological Surveillance Service and the National Program carry out malaria surveillance.

Malaria cases are detected routinely at the health structures (health centre, hospitals) levels in accordance with the case definition in the national malaria diagnosis and treatment guide. Each suspected case receives a rapid diagnostic test (RDT) and / or microscopy (thick drip and blood smear) to confirm or rule out Plasmodium infection.

Each confirmed malaria case is first notified to the Health Delegation (DS) concerned and to the NMCP immediately. Through the completion of the notification form dedicated to this, a second notification is made within 24 to 48 hours. Each confirmed malaria case leads to an investigation by a multidisciplinary team from the Health Delegation[5] (lab technician, clinician, vector control agents, and epidemiologist).

At the household level, cases are reported within 48 hours of detection. All cases are hospitalised, for a minimum of three [6]days in the central or regional hospital. After completion of the treatment, the patient is discharged home and the Health Delegation continues to follows the case.

The data from the malaria surveillance system is based on specific recording, notification and reporting tools and / or under the Integrated Disease Surveillance, Intervention, and Response System (SVIRE) framework. At the level of the basic health units, there is a specific register to record the suspected cases of malaria tested (this register contains the patient identifier, the current date, the patient’s name, RDTs performed / results).

At the level of the Central Hospitals, there are patient care registers. The laboratories have specific register for the cases of malaria tested. At the moment, the county is implementing the DHIS2 system, which for the malaria program is already well advanced, thus allowing for better quality data to be readily available.

The political will included cross-sectorial[7] collaborations with international institutions; the lessons of the past; the good responsiveness associated with the easy access to health services; and the good awareness of the population regarding the demand for health services, among several others are factors that allow the country to reach zero in the local malaria [8]cases. So going forward efforts will be needed to maintain these gains, consolidate them and work to prevent the re-introduction of the disease to the country in the coming years.