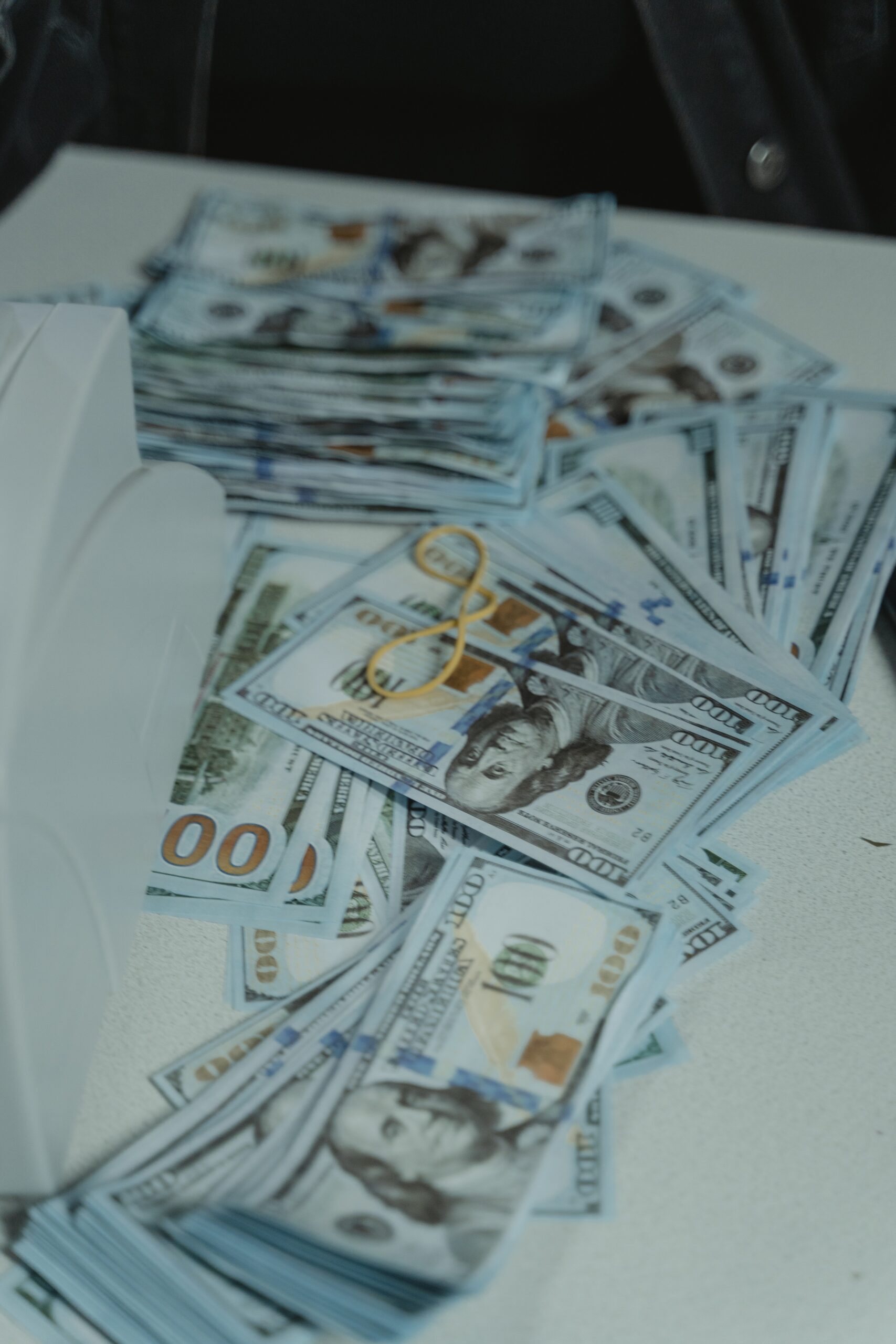 The 7th Global Fund Replenishment Conference ended a few weeks ago, but Italy and Great Britain, whose pledges had been delayed, raised the pledge level at the Global Fund Board meeting in November to US$ 15 billion and US$ 669 million, of which US$ 12,503 million is planned to be shared by the partnership’s implementing countries. This notwithstanding, the African constituency countries (West and Central Africa; East and Southern Africa) must be prepared to leverage their counterpart funds through the co-financing policy.

It should be noted that “To further encourage domestic investment, at least 15% of a country’s allocation (but in some cases more) is a co-financing incentive made available if countries make and eventually realize additional domestic commitments over the grant implementation period. These commitments must be additional to the expenditures of the previous implementation period. ”

In a recent article published on the Global Fund’s Policy Corner, Dr. Djesika Amendah stated that: “The majority of African countries comply with the requirements.  There are a few cases of countries such as Nigeria that did not meet the requirements and lost 15% of their allocation. Some countries, even low-income ones, commit to purchasing health commodities such as antiretroviral (ARV) drugs with their HIV grants or other health inputs with their TB or malaria grants. Some, like Malawi, have even taken out loans to meet their co-financing requirements. This practice is contrary to the letter and spirit of the policy. Some countries fail to disburse funds for these drugs in a timely manner (if at all), resulting in stock-outs… For the current round, Niger, a low-income country in a challenging operating environment, has committed to spending $6.3 million to purchase ARVs, as well as TB and malaria drugs. This is a country in which less than half the population has access to a health facility within a radius of 0-5 km. This type of commitment from an LIC is not an isolated case.”

Established and promoted by WHO, National Health Accounts provide economic and consistent information on health systems. Together with other health indicators related to health care supply, morbidity, mortality, etc.”. They help decision-makers to have an overall view of health issues. It is similar to having a unit that provides a global perspective on the health sector. These accounts have information on funding sources, diseases, beneficiaries (by sex, age-group), functions (prevention, curative care, etc.), health production factors (drugs, etc.). As a result, health accounts can be used for strategic planning and evidence-based decision making.  Moreover, because they are centralized, they offer – when properly set up – the possibility of identifying problems related to resource allocation, proposing solutions and carrying out efficient monitoring and evaluation.

In the countries where they have been implemented, NHAs have helped to provide answers to the following questions:

Taking into consideration that NHAs provide an overview of a country’s health system, it would be interesting to understand how countries can leverage their counterpart funds through this mechanism.

In countries such as DRC, NHAs are a separate department of the Ministry of Health. It is a department in charge of all health expenditures throughout the country and at all levels of the health pyramid. All issues related to health spending, health financing, universal health coverage, national plans for the different sectors, and all discussions related to programs and the state budget are handled by this department. For example, if a program is revising its strategic plan, the NHA is responsible for calculating and reporting on the costs of this plan.

The setup is slightly different in Niger, where the Global Fund contributes financially to the development of health accounts. In this West African country, a team of people is in charge of preparing health accounts under the responsibility of the Ministry of Health. According to Mr. Yacouba, Administrative and Financial Manager of CCM Niger, who is in charge of monitoring the Niger government’s counterpart funds (budgeting, execution and evaluation) and is a member of the program budget team in the Prime Minister’s office: “It is important to review the composition of the team in charge of preparing health accounts so as to include at least one CCM representative, for the team to understand how the team responsible for preparing health accounts establishes the basis for calculating the financial and programmatic information related to disease sub-accounts. In addition, this will facilitate in-depth data analysis by the CCM that could also contribute to improved data processing.”

Some operating costs incurred by the State in providing care for the three diseases are accounted for as counterpart funds in some countries such as Niger or Burkina Faso: human resources, buildings rental values (hospitals, health posts, etc.), fixed expenses (water, electricity, telephone, operations, etc.). In Niger, for example, where these funds are tax exempt, projects in the form of loans earmarked for health (e.g., World Bank) are also included.

As for Niger, the sector’s contribution has not been quantified, but it is hoped that it will be possible to evaluate and build on it in the near future. In the long run, “a meeting with the private sector is being planned to map the companies that are active in the fight against the three diseases,” according to Mr. Mahamadou Yacouba of CCM Niger.

According to Mr. Lamine Traoré, Health Economist and member of the Directorate General of Sectoral Studies and Statistics in charge of partnerships at the Burkina Faso Ministry of Health: “A number of tools have been put in place to justify the volumes of co-financing, with the obligation to submit all supporting documents for everything that is declared. However, this tool needs to be adjusted and reviewed. For example, when justification is requested for the provision of human resources, the overall volume will be taken into account, whereas in a health facility, health personnel do not work solely on HIV, for example. Therefore, distribution keys are needed to be able to provide actual figures.

In DRC, NHAs play a central role in the health landscape

Created on WHO’s recommendation, the NHA department has existed in the Democratic Republic of Congo since 2000 and is a fully-fledged department of the Ministry of Health. It is a service in charge of all health expenditures throughout the country and at all levels of the health pyramid.

As a result, the NHA department plays an important role in the DRC’s health system.

For global health institutions that have a co-financing policy, such as the Global Fund or GAVI, the evaluation of domestic financing by the NHA’s management is vital in order to know whether the State has honored its commitments or not.

How do health accounts contribute to leveraging counterpart funds?

In Niger, until 2017, allocations were made by disease component and therefore each disease had an annual budget line. HIV: 2 billion CFA francs, TB: 476 million and malaria: 700 million annually.

In 2022, a single budget line was introduced that takes into account the fight against the three diseases and viral hepatitis. This line is called intensifying the fight against communicable diseases (malaria, tuberculosis, HIV/AIDS and viral hepatitis for a total amount of 4. 100 million CFA).  For 2023, the finance bill gives details by disease, with the key announcement of an allocation of 320 million CFA. A plea – which seems to have been heard by the Ministry of Finance – is in progress for an upward revision of this envelope by disease. These allocations are specifically dedicated to the purchase of inputs for each disease.

In Burkina Faso since 2014, the development of health accounts has also been accompanied by the development of satellite accounts related to HIV, TB, malaria and reproductive health financing. The major aggregates and sub-aggregates provide an overview and allow for the redirection of certain financing and resource allocation decisions. National accounts in Burkina Faso provide a reading of the country’s contribution at all levels in terms of financing agencies, financial functions, and providers, thus making it possible to determine the country’s financial counterpart in the administrative institutions responsible for redistributing external and internal financing, community or private insurance, or household consumption. They show trends from one year to the next in terms of counterpart financing at the country level, which can come from different sources.

In Niger, NHAs provide information on  disease sub-accounts. The information generated in NHAs provides an overview of the evolution of health financing, but more specifically on the fight against the three diseases, even if this information does not provide enough detail to properly inform the financing landscape.  For example, according to Mr. Yacouba, NHAs do not adequately inform the GF framework that is part of the funding landscape, and is submitted as part of GF funding requests. However, in general, Health Accounts make it possible to determine at least the evolution of the three diseases and also the contributions of the various funding sources (external or internal).

Although NHAs have an integrated dimension, they do not necessarily provide an overview because in some countries within the subregion, instead of making a proper assessment of expenditures, due to lack of data, extrapolations or simulations are used to generate expenditure-related information, whereas expenditures must be recorded in real terms in order to provide a better overview within the framework of the funding of the 3 diseases.

In Niger, accounts are also done retrospectively and this does not facilitate an overview of health financing, with the risk of creating a gap between financial and epidemiological data. Indeed, epidemiological data are updated on a daily basis, whereas financial data are one year old. While it is important to have fresh or updated information for better monitoring, the lack of human and financial resources hinders this task. And, as can be expected, this gap between the programmatic and the financial aspects has an impact on the reporting of counterpart funds to the GF.

To address this issue, Niger has put in place a strategy to carry out forecasts of expenditures to be taken into account after a given fiscal year, but also to identify the tools needed to carry out internal evaluation of the targeted areas while waiting for a reorganization.

Generally speaking, it is also difficult to use the data generated in health accounts because the people assigned to this task do not have access to the verification sources. CCMs should be given the opportunity to access the documents used by the team in charge of their preparation to ensure that they have access to the right data.

However, there is a nuance. Dr. Djesika Amendah, who has worked on NHAs for a number of years, states: “Conducting surveys for NHAs is costly… WHO, aware of this reality, recommended in the past to carry out the exercise every three years with an extrapolation between two years of a three-year cycle. Today, WHO recommends the institutionalization of NHAs, which would allow surveys to be conducted annually. This is not a given in our countries…”. She believes that the argument stating that countries do not have “fresh” data is not admissible for at least two reasons: 1) Recurrent expenses, salaries, operating costs, etc. do not change much from one year to the next, and 2) The balance sheet, and then the audits, are performed annually; which is a starting point and a basis for the preparation of these accounts.

With a replenishment not up to the expectations, the Global Fund’s donor countries will very likely be much more  demanding on the contributions of implementing countries. At the last Global Fund Board meeting, Japan made a point in their position statement that “Co-financing needs to show more visibility on what countries are actually paying and ensure that we apply our policy consistently so that there is no moral risk. This is food for thought.